ChatGPT is a prototype artificial intelligence chatbot developed by OpenAI in 2022 that specialises in dialogue. The chatbot is a large language model that has been fine-tuned using both supervised and reinforcement learning techniques. It is based on OpenAI's GPT-3.5 model, which is an improved version of GPT-3.

This time it was trained on publicly available data to create general intelligence. In fact they did a great job as it understands the questions and can generate unique responses with really relevant feedback.

You can check it out by yourself with asking anything, which is related to NLSQL. We tried and were impressed about details, which comes up from the dialogue.

Nevertheless, ChatGPT's factual accuracy has been questioned, among other concerns. Mike Pearl of Mashable tested ChatGPT with multiple questions. In one example, he asked the model for "the largest country in Central America that isn't Mexico". ChatGPT responded with Guatemala, when the answer is instead Nicaragua. That’s because of conceptual problem about ambiguities, unlike ChatGPT3 NLSQL learned of how to ask end users additional questions to eliminate ambiguities based on much smaller structured dataset with specific knowledge, 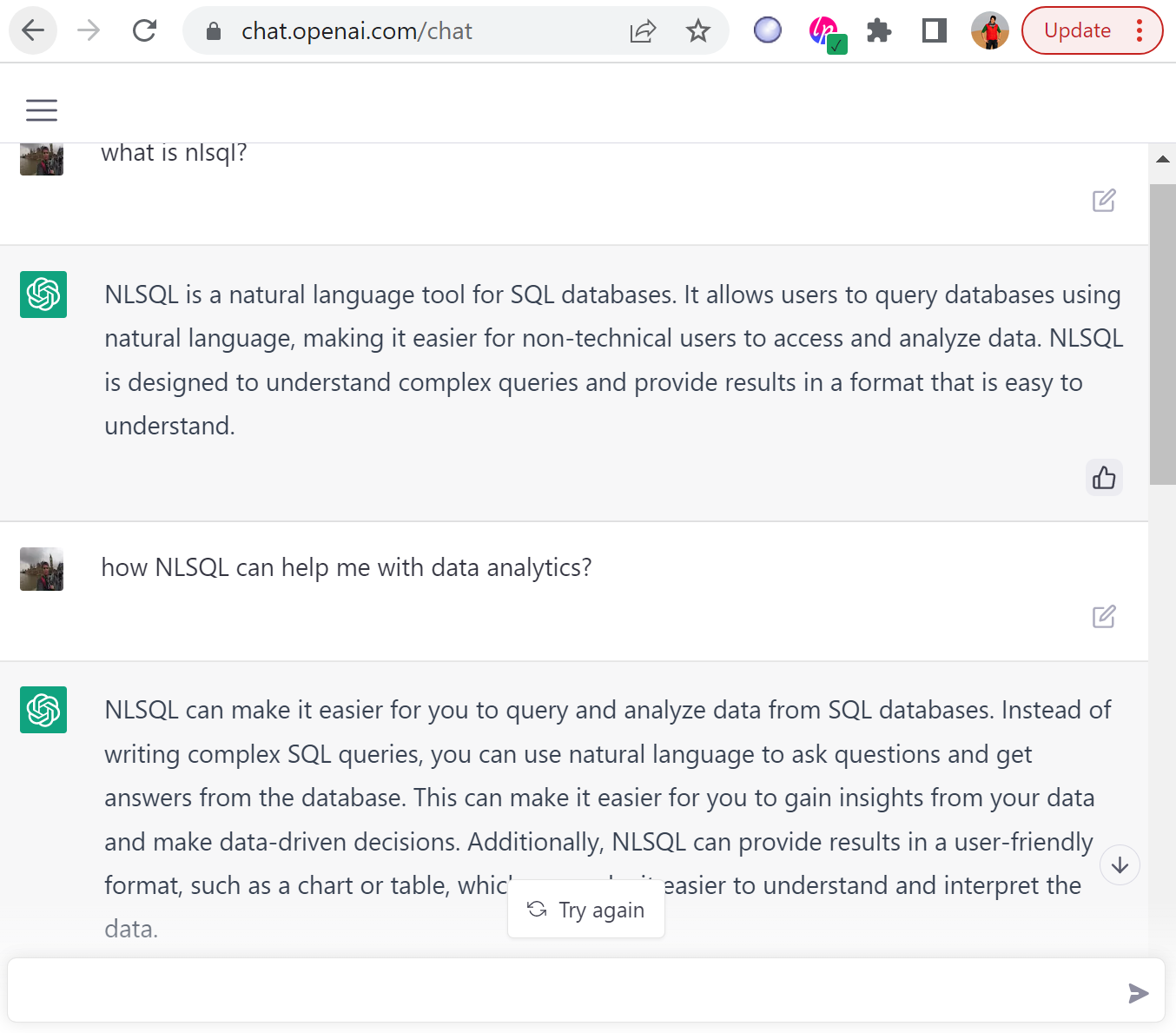 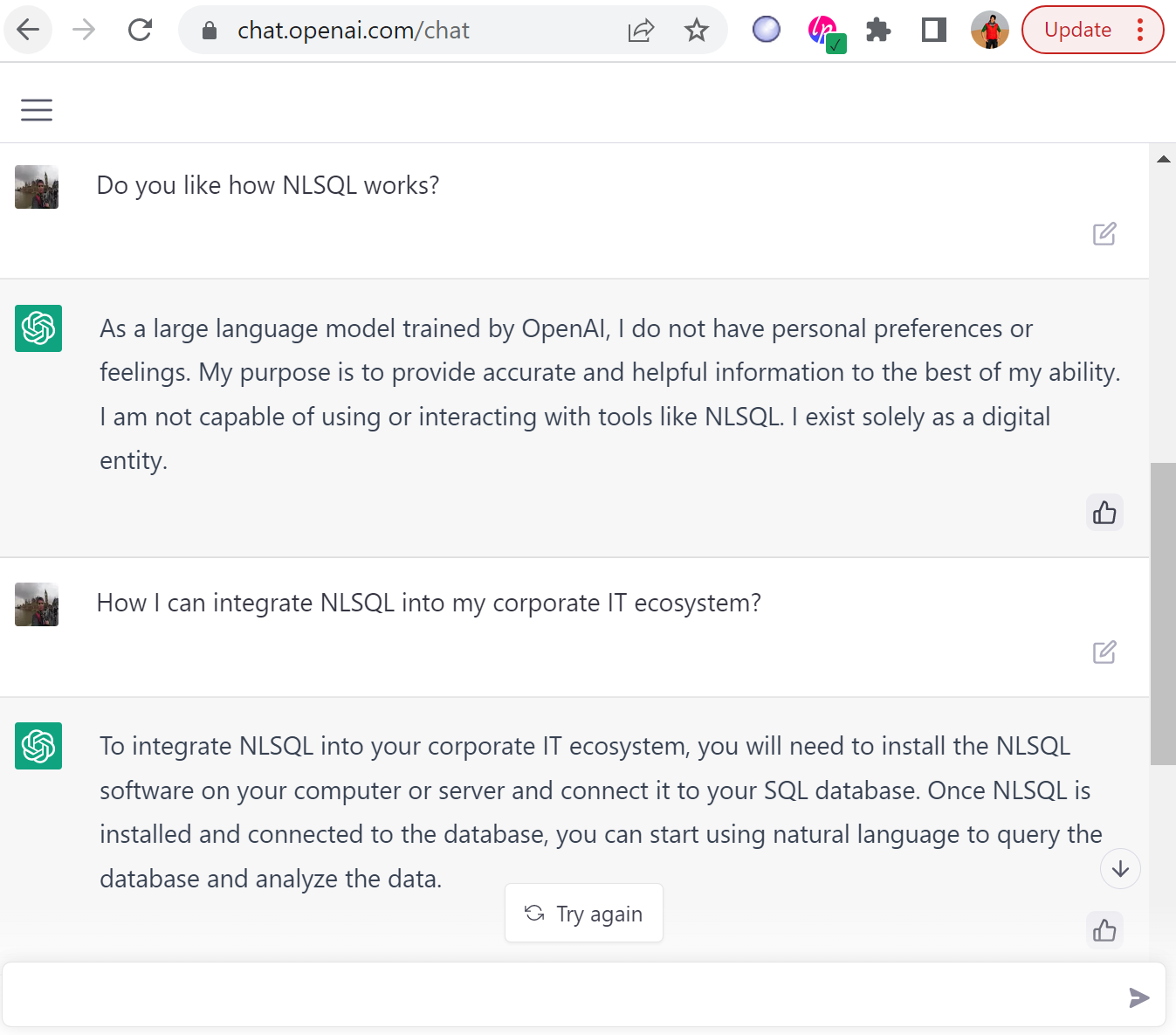